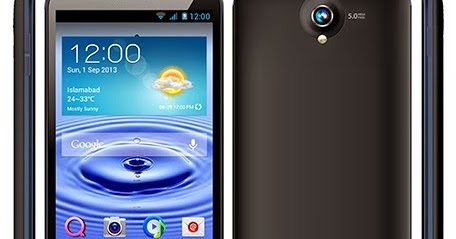 Android Smartphones are must to have for everyone, slowly they have replaced the need of computers as all the basic tasks can be performed on Android, also Android operating system is easy to use and anyone can use it. From the basic functionalities of Phone to Mailing and Business meetings, Android phones are being considered nowadays, that’s why Smartphone companies have introduced Android Smartphones in every budget. Here we are discussing low budget.Top 5 Best Android Smartphones Under 150 Dollars.

LG Optimus L3 is the low end Smartphone with a small processor of 800MHz which runs the Android Gingerbread 2.3.6 Operating System, it’s backed up by 400Mb RAM and GPU of Adreno 200. Screen Size is smaller than Small i.e. 3.2inches and Camera is also basic 3.15MP with VGA video support. Internal storage is about 1GB but can be expanded up to 32GB with help of External Card support.

Xperia E Dual was released on 2013 January, as the name indicates it comes with dual SIM support.The Android Version of Xperia E in stock was 4.0.4 (Ice-cream-Sandwich) but later it was upgraded to 4.1.1 (Jellybean), the processor of 1GHz and RAM of 512MB runs the basic functions decently. Screen provided is about 3.5inches on the GPU of Adreno 200. The memory storage available to users is 2GB and expandable up to 32GB via External Memory card.

Released in October 2013, Samsung Galaxy Star Pro comes with considerable screen of 4.0inches, Processor of 1GHz and RAM with 512MB. The Internal Storage provided in Galaxy Star Pro is about 4GB and expandable. The camera is better than none i.e. 2 Megapixels only. The phone lacks many things, but if you are looking for an Android Phone for basic functionalities, Galaxy Star Pro is what you should choose.

Huawei has the best price when it comes to Android Phones, The Ascend Y300 is one fine example of low priced, best phone as it comes with a Dual Core Processor of 1GHz, 512MB RAM and Android 4.1 (Jellybean) OS. Ascend Y300 offers Back camera of 5MP with autofocus and LED flash; Front VGA Camera and 4.0 inches Screen on the 203 Adreno Graphics Processor. The internal storage is about 4GB but it can be expanded via external Storage.

Though Qmobile is unheard of internationally, it has managed to become Pakistan’s *most Smartphone selling brand. The Noir series became a big hit as mobile offered lowest price, their Android OS and quality is still debatable but they Packages are not! QMobile Noir A170 comes to the big screen of 5 inches, 1.2GHz Dual Core processor and RAM of 512MB. The back Camera of 5MP is provided with LED Flash and Secondary Camera on Front is VGA. The phone has Android 4.2 (Jellybean) and internal storage is about 4GB but can be expanded up to 32GB. The SIM support in Noir Series is Dual SIM.