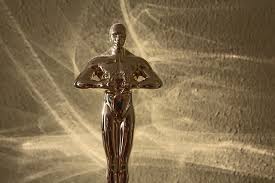 After combining hard work and perfection, there are award winning movies. It takes years of research, cinematic perfection, acting, location, script etc. to make a film which is good enough for award. Here we will discuss Top 10 Movies to Receive the Highest Number of Awards.

Nominated for 12 Oscars, 5 Golden Globes, and 13 BAFTA awards and having more than 55 Award winnings, Gladiator is truly one of best movies ever made! Released in 2000 under direction of Ridley Scott, Gladiator won 5 Academy awards, 2 Golden globes and other nominations are said to be 85!

American beauty is a drama movie directed by Sam Mendes and written by Alan Ball. It was released on 1 October 1999 and managed to become one of most successful movies of all time. It was nominated for 8 Oscars and won 5 of them. Total award winnings are said to be around 107 and nominations around 82!

Directed by Martin Scorsese, The Departed was released in 2006, Oct. it was nominated for 5 Oscars but managed to won four of them; it was also nominated for 5 Golden Globes but won a single. Total awards are said to be 81 and nominates of 61.

“One of greatest movie I’ve ever seen,” Life of Pi had its Worldwide Premiere on 50 New York film festival and became a great hit. It has done business of 609$ Million worldwide and has won many awards including 11 nominations for Academy (won 4) and nominations for 3 Golden Globe (won 1). The movie is rated as 8.1 on IMDb. Total winnings are said to be 61 and 89 nominations of Awards for Life of Pi.

If we talk about movie with most awards in total ever, it’s Titanic! Directed by James Cameron, Titanic has scored nearly 103 awards from all around the world! Not only the film but its song “my heart will go on” topped the best Selling Album in USA. It won 14 academy awards. The best dialogue of movie is said to be “I’m the king of the world!”

“Some movies are just wow, Inception is one of them.” Directed by Christopher Nolan, released in 2010, Inception is science-fiction-thriller. It was nominated for 8 Oscars (won 4), and holds 112 Winnings and 114 nominations! Movie was filmed in four continents, Budget of inception was 160$ Million and did business of massive 825.5$ Million.

2. No Country for Old Men