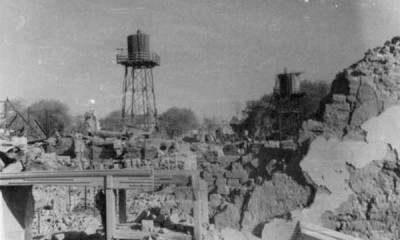 Natural disasters are those disasters which occur naturally(as the name suggests) and are not caused by man. It is the effect of earth’s disaster like volcano, floods, Tsunami etc. Below are the Top 10 Most Terrifying Disasters in the World according to death scale. I don’t know why but most of these disasters have occurred in China.

On 11th October,1138 this earthquake occurred in northern Syria(city Aleppo). It is considered to be the 3rd most terrifying earthquake. Aleppo is located in the northern part of the dead sea. The most affected area was Harim, where the Crusaders built a large citadel. On October 10, there was a minor earthquake.

This earthquake occurred on December 16,1920 with a magnitude of 7.8 although Chinese media claim it to be 8.5. Its scale is not yet properly specified. However it caused extreme damage and is considered one of the most deadly disasters of all time.

This earthquake is also considered one of worst disasters of all time. This earthquake was caused in Syria followed by a fire and caused severe damage of buildings and lives.

This is also known as”THE GREAT TANGSHAN EARTHQUAKE” and is considered the most disastrous earthquake of  20th century. It occurred in Tangshan(city of China).The Chinese government reported that it caused around 600,000 deaths however it was updated to around 250,000-260,000 deaths. Its magnitude was recorded as 7.8

In December earthquake came with a magnitude of 8.8 and it had the longest duration of 10 min. It caused the entire planet to vibrate and it caused the Tsunami in the Indian Ocean. It is given various names like Boxing day Tsunami and South Asian Tsunami etc.

YOU MAY ALSO LIKE Top 10 most polluted cities in the world.

In 1839, A 40 feet wave hit the Coringa. This wave was caused by cyclone which is considered the second most deadly cyclone after Bhola cyclone. The city was never rebuilt and it caused severe loss of lives.

Bhola Cyclone is considered the most disastrous cyclone ever seen. It struck on East Pakistan(which is now Bangladesh) and West India on November 12. The Cyclone formed on the bay of Bengal on November 8 and on the night of November 12 struck with winds of 185 km/h. It is one of the most deadly natural disasters and the most deadly cyclone.

This is the most deadly earthquake ever recorded because it caused deaths on a huge scale. Now we are still protected to some extent because of the stabilized structure of the buildings but people in those time in China lived in something called yuagoons or something like that. It is considered one of the most disastrous natural disaster ever.

In 1887 a flood came in Yellow River(Huang He) due to excessive rain and no proper international unit for excess water. The farmers had built some dikes to contain excess water but it became full due to heavy rains. It is considered the second most terrifying flood of all time.

The 1931 Floods in China, or the Yangtze-Huai River Floods of 1931, were a series of floods that occurred from June to August 1931 in China.

The official report states that 140,000 drowned and “2 million people died in the flood, drowned or died from lack of food. Cholera epidemic was reported in the following year, starting in May 1932, resulted in 31,974 deaths and 100,666 cases .The popular high estimate of 3.7 million to 4.0 million deaths was hugely popular on the Internet, helping the 1931 flood to find a foothold on sensational lists of the Top 10 Most Terrifying Disasters in the World.