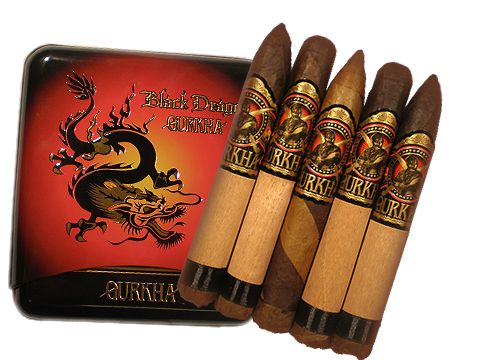 This world is an amalgam of good and bad ,rich and poor ,beautiful and normal people.Every one right here want to spend his/ her life according to its own wish and will.Though different people are present here hence their desires are also different and every one right here is keen interested to fulfill his desires.Many people specially males like smoking and they are addicted to it for this purpose they use different types of narcotics products like , cigarette , sheesha , cigar out of them cigar it present in wide range according to its quality and brands.Given below are the Top 10 Most Expensive Cigars great in demand through out the world.

it is having the cost value of $30.00.In its brand name 80 depicts the birthday celebration of founder of the company Jose Orlando Pardon.It is normally available on the local vendor’s shop .It is packed in the box of 8 and it is available with natural and other rappers.Majority of people like to smoke this all around the world.

This brand is based on Cuba founded in the mid sixties in Havana and this brand is producing  cigar yet.Average cost of this cigar is $34.00.It is normally packed in the box of 25 cigars.

Well this brand presents cigar in three different sizes. As far as its composition is concerned  there is a mixture of Nicaraguam, Mexican tobacco & Dominican rolled in Dominican Habano seed wrapper leaf. Average cost of  Stradavarius is about $34.70 and it is normally packed in the packing of 10 cigars in each box.

It cost for $50.00. Its company Goldwin Metropolitan claims that it’s the best ever cigar one can buy through money.It is available in a single packing  only.It is also liked in different countries of the world.

Arturo Fuente Opus X BBMF its average cost is about $55.00. BBMF stands for Big Bad Mother and I’ll let you finish the rest.It is quite unique brand.People only love it or recomend it to others are use to buy it on regular basis.

It is quite expensive brand of cigar.As this cigar is encrusted with the crystals of Swarovski crystals and it is wrapped in a gold foil which is embossed with the name of the person or client.Only 30 cigars are made every day by the Regal Blend and  its cost is 75$.

Though it was founded in 2001 but launches in 2008. Basically  Fuente which is the president of Carloti Fuente  formed this in order to tribute his father Arturo in 2001.Chest of this cigar comprised of 46 natural and 46 maduro wrappers with the total worth of $7500

Its cost is $79.00.It is quite big in appearance as it is (.2 inches long and having the ring gauge of 43 and it is quite rarest brand.Now it is only available in the selective shops and retail out lets.

It is now on the second rank of top wanted cigars.It was released in 2006 for the first time.It  is an expensive brand as it cost for $470.Length of this cigar is 5.5 inches. Recently it is also launched with different blends also.

It is the most expensive and leading brand of the cigar produced by Gurkha Black Dragon.Its net worth is about $1150 .Comprised of chest of  hand carves bones of  camel.Its length is about 8.5 inches .One chest is of $115000.

Such an expensive smoking is not a game of every one there are limited clients and manufacturer of cigars present in limited areas of the world.Out of them many are not legally authorized. So given above is the list of some common Most Expensive Cigars few type because of some limitations are not included in the list.