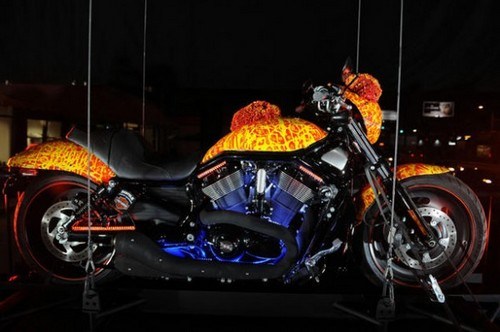 Regardless of branded car with updated features still there are number of bike lovers who love to spend their dollars for bikes even now.As open air drive of a bike has its own pleasure.Though now because of price hiking and many other reasons bikes are also getting expensive with the passage of time.Given below is the list of top 10 most expensive bikes 2019 .Let’s have a look on them.

This project took 4000 hours to get completed .It was made by Howard Killer custom few years back.This bike has top speed of 100 mph right with Pan Shovel 80cc engine.Harley Davidson bike is quite sleek in appearance and it has weight of 700 pounds.Its average value is $155000.

This bike is basically a special tribute to Barry Sheene who wan an icon in the world of bikes.He died at the age of 52 right in 2003 so only 52 will be made and handed over to the customers according to their specified demands.This is the first ultra bike collaborated with Suzuki.Its special features are that it is hand tailored, having 1400cc engine right with Garrett Turbo charger.One more specialty of it is that each bike is uniquely painted by the same painter who used to pain Sheen’s Helmet.Its cost is about $160000 which made it one of the most expensive bikes in the world.

Cost of this bike is $201000.Main motive for making this bike was to make more efficient and beautiful bike at the same time.This bike was designed by Italian designer.This expensive bike is light weight  because  a light metal Aluminum is used in its production.Engine used in it is Ducati 998 RS.

Specialty of this car is that it is made by the first class manufacturer of motor bikes known as Ecosse Moto.Its cost is $300000.This expensive bike is quite glamorous powered by 2.4L aluminum engine.It comprise of Grade Titanium bikes with hydraulic clutch  and exposed Carbon belt drive.

Though this bike is quite old but still it has maintained its uniqueness.Special look of antiquity has its enhanced the appearance of Legendary British Vitage Bike.This expensive bike is capable of producing 250cc power.It is equipped with two cylinder engine.It is on rank 5 with its worth of $400,000.Bikers like to have this unique classical connection in their garage.

This is one of the most expensive bike has its cost of $500,000 .This bike is an amalgam of art and science as it has red velvet seat with its gold plated precious metal.It was exhibited in Seattle an International Motorbike Fair.Customary bikes are not gold platted but gold platted bikes are quite expensive.

This marvelous bike was first introduced in North America International Auto Show.This bike is quite different from others as it has four wheel which work independently .Its manufacturer Dodge claimed that it has top speed.This bike has V10 SRT10 engine and weight round about 1500lb.This fast car is only for its lovers as everyone can’t afford this expensive bike of worth $555000.

Its price is $750000.This is quite antique bike with its limited units as it was manufactured by British right in Second World War.This bike is on display from last 20 years at National Motorcycle Museum in Coventry.Ultra rare porcupine has quite significant structure because of its spiked fins and sloping cylinder.

This bike is at top in Top 10 Most Expensive Bikes in the World list having a value of 1 million dollar. Isn’t is amazing? It comprised of 1250 cc  Vrod engine. One of its considerable feature is its unique printing style known as Cosmic Extensionalism . In this printing style extreme colors are used at vigorous angle

This is all about wish , hobby and pleasure as one think is very important or source of craziness for one person while the same thing use to be nothing for others. Same is the case with these bikes as bikers love to have them and in front of many people bikes are worthless.