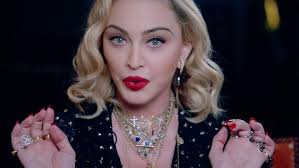 The Hollywood industry has got all the things including fame, glamour and attraction. There are some <strong>Hollywood celebrities</strong> who have made a long lasting impact on the industry over the years and if we talk about the female Hollywood stars  then there is no comparison with Madonna.Madonna is the biggest female entertainer in the Hollywood as this female superstar has ruled the Hollywood music and film industry over the last three decades or more and still she is going as good as ever. The superstar actress and singer/musician Madonna was born in 1958 in Michigan ,USA and the Hollywood actress, singer started her career way back in 1982 when . Since then there has no stopping form this incredible celebrity star and there is nothing at planet which the Hollywood singer has not achieved. She has won all the major awards in the industry and she has biggest fan following in all the parts of the world. But there are some interesting facts about Madonna which many people would not know at all and there are always some un discovered facts about a person so we present here 10 Interesting Facts You Should Know About Madonna.

Madonna is the name of style glamour and fashion statement and not only the gorgeous singer and actress has made a big contribution to the industry but she has walked on the ramp for many brands as well. But where she might have wore all colors you might have seen her in the orange dress on very rare occasions. Madonna hates orange actually.

9. Madonna has a Wine on her name

Madonna’s father is a business man of Wine and to establish and strengthen his business Mr.Tony Ciccone introduced Madonna Wine which is available in market between 25 $ to 40$.

Not many people will recognize this girl but this is Madonna believe it or not as the Hollywood actress and singer Madonna was an actress and Cheer Leader at Roschester Adams High School. Madonna moved to New York for a career in 1977.

7. She is a vegetarian

The Hollywood celebrities usually love to go out on dinners and have some sea food or chicken in the dinner but the strange thing about Madonna is that she is a vegetarian and the Hollywood actress/ musician has not tasted meat ever since she was 15. This is interesting for sure.

Madonna is one of the few Hollywood celebrities who have always been taking the initiative to promote education and for the purpose she has written a book for children as well with the name of “English Roses” back in 2003.

A recent study revealed that the Hollywood celebrity actress/musician has got few relatives in the industry as well in which she includes Gwen Stefani, Celine Dion and Mark Wahlberg who are her distant relatives.

4. She wanted to be a dancer

There are not many people in the world who get bigger than what they want but Madonna certainly achieved highest ranks in the music and acting industry though she is not known much for her dancing but the celebrity star wanted to become a dancer in her childhood.

3. She was fired from “Dunkin Donuts”

Madonna never had a bed of roses in her career as the Hollywood actress/ singer joined the famous food chain Dunkin Donuts in her struggling days to join as dancer but she was fired from there as it is said that she squirted apple jam on a customer’s face.

Madonna is one of those legendary Hollywood artists whose name is in the Guinness Book Of World Record. Madonna un doubtfully has always made a big impact on the industry and the Hollywood Queen has registered her name in the Guinness Book Of World record as the most successful female recording artist ever . Well this is a big thing and Madonna fans will be surely proud of that.

So these were the 10 amazing and interesting facts about Madonna. We all love her and we hope that Madonna continues to glow on the screens and in our hearts as well. The 58 years old Hollywood artist had really some interesting things in her personality which we unveiled. Hope you like it.