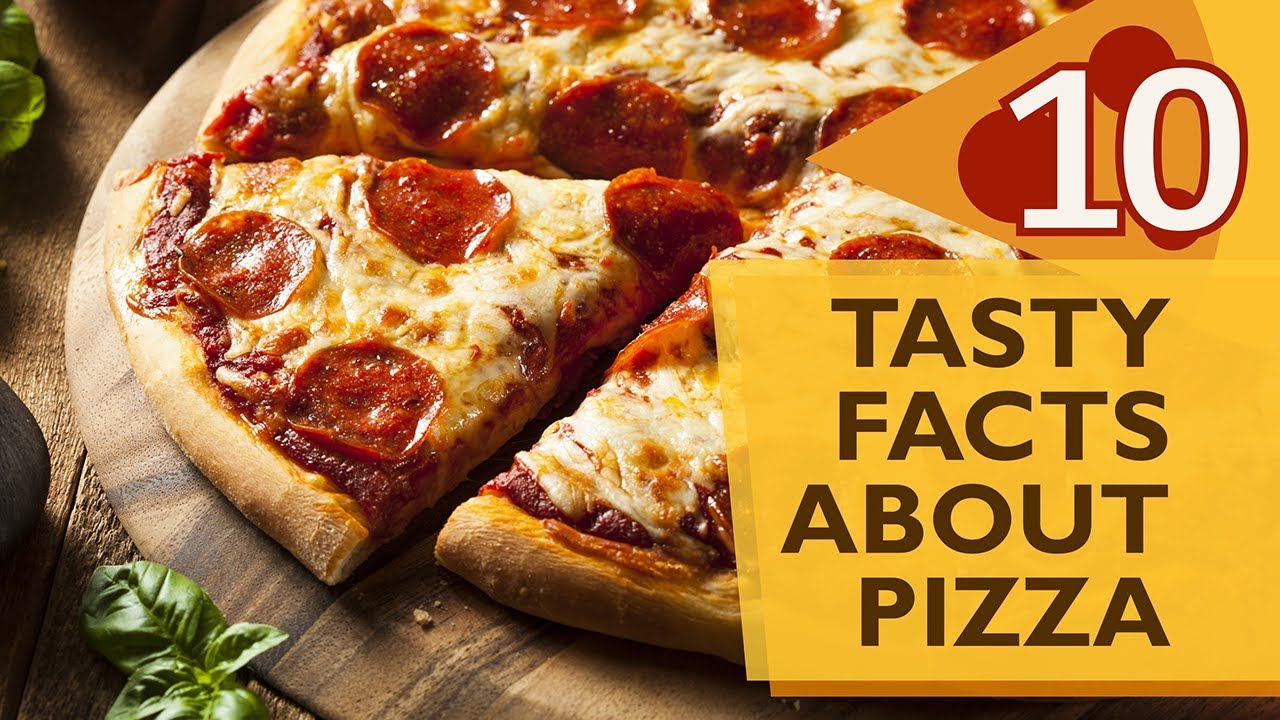 There’s an old saying that, “pizza is like sex. When it’s good, it’s really, really good. And when it’s bad, it’s still pretty good” and maybe that is why Pizza is one of the most consumed cuisines around the globe. Pizza is originally an Italian dish, but now it is loved and eaten throughout the world due to its exquisite taste. Today, we are going to tell you about some 10 Amazing and Surprising Facts About Pizza which you have never heard before:-

The biggest pizza ever was made on 8th of December, 1990 in Johannesburg, South Africa. It was a massive pizza with a diameter of about 37.4 meters or 100 feet. This pizza as recorded in the Guinness Book of World Records was made using 500kg of flour, 800kg of cheese and 900 kg of pure tomato.

2. America is the Country with the highest consumption of Pizza

America is the Country with the highest consumption of Pizza. Americans eat 100 acres of Pizza a day or in other words about 350 slices per second. In fact, each American consumer 23 pounds of Pizza per year.

New York’s Nino Bellissima restaurant offers the World’s most expensive Pizza in the world named the ‘Luxury Pizza’. The 12-inches pizza costs about $1000 or $125 per slice. It is topped with six different forms of caviar, chives, fresh lobster and crème fraiche.

The World’s most expensive Pizza was made by restaurateur Domenico Crolla which costed $2745. The pizza was made with the toppings such as sunblush-tomato sauce, scottish smoked salmon, medallions of venison, edible gold, lobster marinated in the finest cognac and champagne-soaked caviar.

5. The longest ever pizza delivery

The longest ever pizza delivery was from Cape Town, South Africa to Sydney, Australia.

Pizza Hut which is believed to be the Largest Pizza selling chain in the whole world was actually started with a meager $600 in 1958 by two college students in Kansas. Today, Pizza Hut has 12,583 stores in over 90 countries

Pizza Hut is famous for its wild marketing and advertising ideas. In 1998, they had the idea to burn their logo into the surface of the moon with high-powered lasers. Luckily, common sense overcame this idea later when experts demarcated the impossibility of this idea

8. Pizza Hut has made Several Deals with the Russian Space Program

9. World Record for the Most Pizza Eating.

Christian Dumitru holds the world record for the most Pizza eating. According to the Guinness world records, the Romanian National ate 91 kilograms of Pizza in one week in 2006.

10. Pizza Once a Week can Decrease the Risk of Esophageal Cancer

Eating pizza once a week can decrease the risk of esophageal cancer; the ingredients, which include tomatoes and olive oil, are proven potential cancer-fighting agents. While at the same time, excessive consumption of pizza may lead to obesity and various cardiovascular disease